It's Shakespeare - what can I say? I haven't read this volume all the way through, but have read many of the plays at one time or another. Two-colums of text, no notes, illustrations look to be black ... Š\┼¬Ą¹Įūź■żÕ

UPDATE REVIEW! I have just read every Shakespeare play from this edition and than some. This has been a goal of mine for some time. Some plays I've read previously for various classes in high school ... Š\┼¬Ą¹Įūź■żÕ 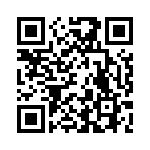