William Shakespeare (1564-1616) was born to John Shakespeare and mother Mary Arden some time in late April 1564 in Stratford-upon-Avon. He wrote about 38 plays (the precise number is uncertain), a collection of sonnets and a variety of other poems.

Stanley Wells is Emeritus Professor of the University of Birmingham and Chairman of the Shakespeare Birthplace Trust. 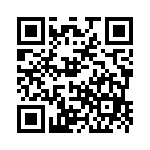