▓─ 192 ŁČ
With the exception of some of the northern forest areas , but little real
organization had been undertaken in the Province , and the position was
retarded to some extent by the fact that Assam was still administered by the
LieutenantGovernor of ...
▓─ 219 ŁČ
In June , 1873 , Mann submitted to the Commissioner a Memorandum on
proposed forest operations in Assam . At the time Schlich , Conservator of Forests
, Bengal and Assam , was touring in Assam and the Commissioner asked the ...
▓─ 690 ŁČ
of , 114 Assam , early history of forests of , | Baluchistan , supply of Sind fuel to
213 , 225 54 Assam , early methods of collecting Bamboo flowering in teak
forests of forest revenue , 214 Burma , 418 Assam , exploitation operations in ,
Bari ... 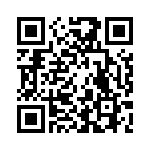