▓─ 47 ŁČ
As a direct result of this clear lead , a majority of the county councils did set up
separate library committees , and it began to look as though in a matter of time all
the public library authorities in the United Kingdom would have separate library ...
▓─ 96 ŁČ
... at Aberdeen , Aberystwyth , Belfast , Birmingham , Brighton , Glasgow , Leeds ,
Liverpool , Loughborough ( where there are two separate schools ) , Manchester
, Newcastle , Sheffield , and London ( where there are four separate schools ) .
▓─ 151 ŁČ
The commonest treatment for oversized books is to shelve them altogether in an
entirely separate sequence from ooo to 999 , though some librarians prefer to
shelve the oversized books of each main class separately at the end of each
class . 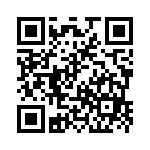