▓─ 270 ŁČ
Causes . Felony , physical incapacity , desertion 2 years , cruelty , habitual drunkenness , wilful neglect of husband for six months to pro- vide for wife ( he being of ability to do so ) . Arizona- ( 1 ) . Causes .
▓─ 271 ŁČ
Causes . Desertion 2 years , extreme cruelty to either of the parties , whether the sets of cruelty were committed prior to or after the passage of this act ( 1923 ) ; provided that no petition for divorce shall be filed until after 6 ...
▓─ 837 ŁČ
Killed and died includes deaths from all causes ; German and French figures official . Figures for the United States include marines serving with the army . Wounded casualties include , for the United States , those who died of wounds ... 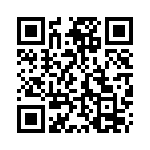