STAYING UP MUCH TOO LATE: Edward Hopper's Nighthawks and the Dark Side of the American Psyche

Musings on the famous "diner" painting and its place in American culture. Stick with the painting.Shortly after Pearl Harbor was bombed, Edward Hopper began his most famous work, Nighthawks. The ... ¥\┼¬Á¹¢ÎÑ■ñÕ

GORDON THEISEN was born in Queens, New York. He has worked as a landscaper, dishwasher, barback, cashier, library clerk, construction worker, telemarketer, taxi driver, teacher, proofreader, and freelance writer. He holds a Ph.D. in English literature from the State University of New York at Binghamton. He lives in Carrboro, North Carolina, with his wife, two-year-old son, and his wife's cat. 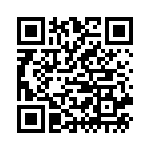