ýá 67 ÙÑ
8 one THE BRITISH COUNCIL IN INDIA India got her independence from British
rule on August 15 , 1947. The British Council who had been requested by the
then Government of India , established its office and library for the promotion of ...
ýá 75 ÙÑ
( 4 ) Increasing awareness and interest of Indian youth in current international
information . U.S. Information Service Library System expands in India : With the
close of War and establishment of peace , the activities of the Office of War ...
ýá 112 ÙÑ
65 CD Sharma From other continents : a study of British & American libraries in
India Is a comparative study of the British Council and USIS libraries under such
headings as origins , objectives , book selection , services , etc. 82 RP Hingorani
... 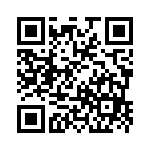