Sean O'Brien has published nine books of poetry, including November (Picador 2011, PBS Choice) and The Drowned Book (Picador, 2007), winner of the T.S. Eliot and Forward Prizes, followed by Collected Poems (Picador, 2012), The Beautiful Librarians (PBS Choice, Picador, 2015), joint winner of the inaugural Roehampton Poetry Prize, and the T.S. Eliot Prize-shortlisted Europa (Picador, 2018). Bloodaxe published his first two collections, The Indoor Park (1983) and The Frighteners (1987), as well as his essays, The Deregulated Muse (1998), and later, his Newcastle-Bloodaxe Poetry Lectures, Journeys to the Interior: Ideas of England in contemporary poetry (2012). His anthology The Firebox: Poetry in Britain and Ireland after 1945 was published by Picador in 1998. His translation of the Inferno appeared in 2006, his short story collection The Silence Room in 2008, and his novel Afterlife in 2009. A Fellow of the Royal Society of Literature, he lives in Newcastle upon Tyne and is Professor of Creative Writing at Newcastle University. 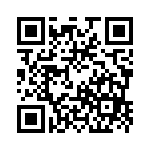