≤ń 150 ≠∂
As I noted in Chapter 1, in the late 196os and early 197os the British nationalized
industries employed a large number of workers, and they have, at times,
accounted for as much as 20 percent of gross fixed capital formation. Also, in the
late ...
≤ń 152 ≠∂
and reprivatized, British growth rates have increased °X indeed, they have
exceeded those of all other European countries °X and, by several measures,
wealth has become more maldistributed.3 But in some respects these changes in
social ...
≤ń 255 ≠∂
In addition, British money managers have invested an increasingly large share of
wage earners' pension funds in foreign markets, so that workers, through their
own foreign transactions, further restrict government capacity to redistribute ... 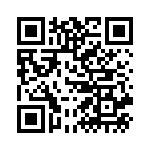