Sam Horn, president of Action Seminars, has presented her real-life workshops to more than 400,000 people since 1981. Her impressive client list includes Young Presidents Organization, National Governors Association, Hewlett-Packard, Four Seasons Resort, the Fortune 500 Forum, the US Navy, and the IRS. She was the top rated speaker at both the 1996 and 1998 International Platform Association conventions in Washington DC, and is the emcee of the world-renowned Maui Writers Conference. She is also the author of Tongue Fu!, What's Holding You Back?, and ConZentrate, which have been featured in Readers Digest, The Washington Post, Chicago Tribune, Cosmopolitan, Entertainment Weekly, Family Circle, Bottom Line Personal, and Executive Female, to name a few. She is a frequent media guest who has appeared on numerous TV and radio shows, including "To Tell the Truth" and NPR's popular "Diane Rehm Show." She lives with her sons Tom and Andrew in Virginia. 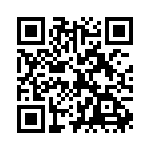