≤ƒ 38 ≠∂
Chapter III National libraries GENERAL The roles and functions of national
libraries tend to vary from country to country , but there is now some measure of
agreement as to what these should be , even though there are still many
differences in ...
≤ƒ 39 ≠∂
it is made available for wider public use . There are moves on foot to regularise
this position . Newer national libraries of the world include those of Australia ,
Malaysia , Nigeria , Singapore and elsewhere , while many countries which have
...
≤ƒ 124 ≠∂
... 64 National Committee on Regional Library Cooperation , 96 °V 7 National
Lending Library of Science and Technology , 40 , 41 , 93 National libraries , 38 °V
46 National Library for the Blind , 84 - 5 National Library of Scotland , 43 - 4
National ... 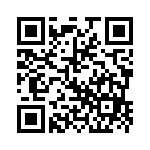