Sanneh (history and world Christianity, Yale Univ.) argues that modern antislavery in Europe and America emerged from an evangelical Christianity centered on personal salvation that empowered a bottom ... æ\≈™µ˚Ω◊•˛§Â

≤ƒ 183 ≠∂ - Nothing is more certainly written in the book of Fate, than that these people are to be free; nor is it less certain that the two races, equally free, cannot live in the same government.
•X≤{¶b 587 Æ—ƒy§§°AÆ…∂°Ωd≥Ú°G1820-2008
≤ƒ 48 ≠∂ - He has waged cruel war against human nature itself, violating its most sacred rights of life and liberty in the persons of a distant people who never offended him, captivating and carrying them into slavery in another hemisphere, or to incur miserable death in their transportation thither.
•X≤{¶b 673 Æ—ƒy§§°AÆ…∂°Ωd≥Ú°G1808-2008
ßÛ¶h
≤ƒ 254 ≠∂ - We must not forget that these little communities were contaminated by distinctions of caste and by slavery, that they subjugated man to external circumstances instead of elevating man to be the sovereign of circumstances, that they transformed a self-developing social state into never changing natural destiny, and thus brought about a brutalizing worship of nature, exhibiting its degradation in the fact that man, the sovereign of nature, fell down on his knees in adoration of Hanuman, the monkey,...
•X≤{¶b 127 Æ—ƒy§§°AÆ…∂°Ωd≥Ú°G1936-2007
≤ƒ 37 ≠∂ - What further is to be done with them?" join themselves in opposition with those who are actuated by sordid avarice only. Among the Romans emancipation required but one effort. The slave, when made free, might mix with, without staining the blood of his master. But with us a second is necessary, unknown to history. When freed, he is to be removed beyond the reach of mixture.
•X≤{¶b 117 Æ—ƒy§§°AÆ…∂°Ωd≥Ú°G1803-2007
≤ƒ 132 ≠∂ - It is a partnership in all science ; a partnership in all art ; a partnership in every virtue, and in all perfection . As the ends of such a partnership cannot be obtained in many generations, it becomes a partnership not only between those who are living, but between those who are living, those who are dead and those who are to be born.
•X≤{¶b 710 Æ—ƒy§§°AÆ…∂°Ωd≥Ú°G1804-2008
≤ƒ 31 ≠∂ - And I do hereby further declare all indented servants, negroes, or others (appertaining to rebels) free, that are able and willing to bear arms, they joining his majesty's troops as soon as may be, for the more speedily reducing his colony to a proper sense of their duty to his majesty's crown and dignity.
•X≤{¶b 88 Æ—ƒy§§°AÆ…∂°Ωd≥Ú°G1776-2007
≤ƒ 274 ≠∂ - A Practical View of the prevailing Religious System of Professed Christians in the Higher and Middle Classes of this Country, contrasted with Real Christianity...
•X≤{¶b 251 Æ—ƒy§§°AÆ…∂°Ωd≥Ú°G1785-2008
≤ƒ 237 ≠∂ - Our constitution secures to us, so far as our condition allows, "all the rights and privileges enjoyed by the citizens of the United States ;" and these rights, and these privileges are ours. We are proprietors of the soil we live on ; and possess the rights of freeholders. Our suffrages, and, what is of more importance, our sentiments and our opinions, have their due weight in the government we live under. Our laws are altogether our own ; they...
•X≤{¶b 25 Æ—ƒy§§°AÆ…∂°Ωd≥Ú°G1810-1999
≤ƒ 121 ≠∂ - The three combined bodies, Missionaries, Government and Companies, or gainers of money, do form the same rule to look upon the native with mockery eyes. It sometimes startles us to see that the three combined bodies are from Europe, and along with them there is a title, "CHRISTENDOM.
•X≤{¶b 30 Æ—ƒy§§°AÆ…∂°Ωd≥Ú°G1961-2007
≤ƒ 38 ≠∂ - His Britannic Majesty shall with all convenient speed, and without causing any destruction, or carrying away any Negroes or other property of the American Inhabitants, withdraw all his Armies...
•X≤{¶b 269 Æ—ƒy§§°AÆ…∂°Ωd≥Ú°G1735-2008
∏˚§÷

Lamin Sanneh was born in a tiny river town in Gambia on May 24, 1942. He was born a Muslim but converted to Christianity as a teenager and became a practicing Roman Catholic. He received a bachelor's degree in history from Union College, a master's degree from the University of Birmingham, and a doctorate in Islamic history from the University of London. He held teaching posts at the University of Ghana, the University of Aberdeen, and Harvard Divinity School. He taught at Yale Divinity School and Yale University for 30 years. He was a naturalized United States citizen. He became a scholar of Christianity and Islam. He was the author or editor of more than 20 books including Translating the Message: The Missionary Impact on Culture, Abolitionists Abroad: American Blacks and the Making of Modern West Africa, Summoned from the Margin: Homecoming of an African, and Beyond Jihad: The Pacifist Tradition in West African Islam. He died from complications of a stroke on January 6, 2019 at the age of 76. 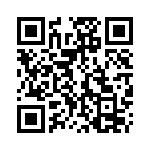