The world we want: restoring citizenship in a fractured age

In his sixth book, political-cultural theorist Kingwell (philosophy, Univ. of Toronto; Better Living: In Pursuit of Happiness from Plato to Prozac) poses the question of what citizenship means in an ... Š\┼¬Ą¹Įūź■żÕ

Mark Kingwell is professor of philosophy at the University of Toronto and an award winning political and cultural theorist. A prolific journalist, he writes regularly for such publications as Utne Reader, New York Times Magazine, and Harper's. Kingwell has published five books including Better Living: In Pursuit of Happiness from Plato to Prozac, Marginalia: A Cultural Reader, and the Canadian bestseller Canada: Our Century. 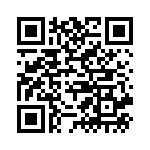