The city of Venice has fascinated authors and artists since at least the Renaissance. This new book by British scholar Tanner ( Jane Austen , LJ 10/15/86; Adultery and the Novel , LJ 1/15/80) offers a ... Š\┼¬Ą¹Įūź■żÕ

Tony Tanner was Professor of English and American Literature at the University of Cambridge. 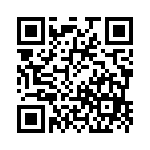