Teresa A. Goddu is assistant professor of English at Vanderbilt University, where she was a fellow of the Robert Penn Warren Center for the Humanities. 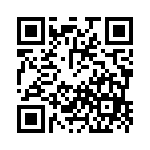