Marco Fantuzzi is Professor of Ancient Greek Literature in the Graduate School of the University of Florence and at the University of Macerata. His works include: Bionis Smyrnaei "Adonidis epitaphium" (Liverpool 1985), Ricerche su Apollonio Rodio (Rome 1988), and (with R. Hunter) Tradition and Innovation in Hellenistic Poetry (Cambridge 2004).
Theodore D. Papanghelis, Ph.D. (1985) in Classics, University of Cambridge, is Professor of Latin at the Aristotle University of Thessaloniki. He is the author of Propertius: A Hellenistic Poet on Love and Death (Cambridge 1987) and editor (with A. Rengakos) of A Companion to Apollonius Rhodius (Brill, 2001). 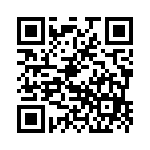