ERIK BAARK is Associate Professor, Department of Technology and Social Sciences, Technical University of Denmark. He has published extensively on science and technology policy and technological innovation and cultural change in Asia, Africa, and Europe. He has also worked as a consultant for international organizations such as the World Bank and UNDP. 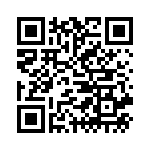