▓─ 330 ŁČ
The Bank of Italy , holds shares in the most important banks convinced , Ī© the
message concludes , Ī¦ that however , is only one part of its opera in Amsterdam ,
Berlin , Brussels , Copenthese men are not overstating their case . tions . Behind
the ...
▓─ 331 ŁČ
McFadden Banking Bill , which , failing have beyond the limits of the city in so as
to enable National banks to adminto get through the last session of Con which
you are located . ' Ī© ister long - time and perpetual trusts , as is gress , has come
up ...
▓─ 578 ŁČ
It is believed that the experi . ence gained by bankers in the last ter years will be
of great value to the banking business of the ... First Mortgages , for National ,
State and Savings Banks gests that it is possible that there are too many banks ,
and ... 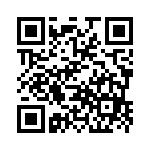