The sights along the harbor: new and collected poems

ShapiroÃƒÂ¯Ã‚Â¿Ã‚Â½s first poems were collected inThe Eye (1953). Since then heÃƒÂ¯Ã‚Â¿Ã‚Â½s produced a steady stream of more than competent, sometimes arresting and memorable poetry. Reading this ... į─Č┴═Ļš¹Ų└╝█

Harvey ShapiroĪ»s many books include How Charlie Shavers Died and Other Poems (2001) and National Cold Storage Company (1988). He published his first book in 1953, and has taught at Cornell University, Bard College, Columbia University, and Yale University. In his career as a journalist, he has served as editor of the New York Times Book Review and senior editor of the New York Times Magazine. He lives in Brooklyn, New York. 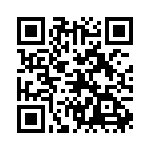