第 36 頁
In The Public Spirit of the Whigs he wrote , “ The Roman history , wherein lads
are instructed , reaches little above eight hundred years , and the authors do
every where instil republican principles ; and from the account of nine in twelve of
the ...
第 37 頁
13 In The Martyrdom of King Charles 1 , he wrote , “ There is no more inward
value in the greatest emperor , than in the meanest of his subjects : His body is
composed of the same substance , the same parts , and with the same or greater
...
第 108 頁
Great changes , " he wrote , " may indeed be made in government . . . But large
intervals of time must pass between every such innovation , enough to melt down
and make it a piece with the constitution . ” 36 But although Swift and Godwin ... 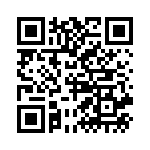