If you like this book, check out the Library of Congress' American Memory website. It is an amazing archive of American history and culture and includes photographs, documents, motion pictures, sheet ... ż\┼¬ÁűŻÎą■Ąň

The brilliant art selections of Vincent Virga and the Library's curators provide every stage of the nation's development, every swerve of its fortunes, assuming arresting visual form. Each chapter is introduced by an essay by the National Book Award winning historian, Alan Brinkley. 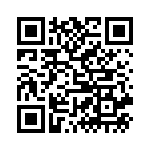