≤ƒ 35 ≠∂
Again , I believe that all that use sorceries , incantations , and spells , are not
Witches , or , as we term them , Magicians . I conceive there is a traditional
Magick , not learned immediately from the Devil , but at second hand from his
Scholars ...
≤ƒ 222 ≠∂
... and to have mistaken the Letter X for T , whereas it is not improbable , he
learned these and other mystical expressions in his Learned Observations of
Ægypt , where he might obviously behold the Mercurial characters , the handed
crosses ...
≤ƒ 253 ≠∂
Quotation mistakes , inadvertency , expedition , and human Lapses may make
not only Moles but Warts in Learned Authors , who notwithstanding being judged
by the capital matter admit not of disparagement . I should unwillingly affirm that ... 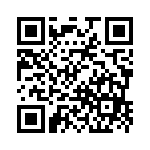