RODERICK MCGILLIS is Professor of English at the University of Calgary. His previous books include For the Childlike: George MacDonald's Fantasies for Children (1992), The Nimble Reader: Literary Theory and Children's Literature (1996), A Little Princess: Empire and Gender (1996), and Children's Literature and the Postcolonial Context (1999). He is also the author of numerous articles and book chapters. 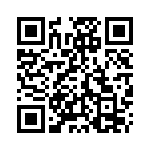