≤ń 135 ≠∂
The second possibility is that the monetary authorities are oversensitive with
respect to inflation . If this is the case then the following is a plausible scenario .
When expected inflation rises the monetary authorities react immediately by
raising ...
≤ń 37 ≠∂
Hess , G.D. and S. Kwanho , °ß Risk sharing within and across regions and
industries , " Journal of Monetary Economics 45 , 2000 , 533-560 . Hess , G.D.
and S. Kwanho , °ß Intranational business cycles in the United States , °® Journal of
...
≤ń 211 ≠∂
Gorden , R. J. , " Monetary policy in the age of information technology :
Computers and the solow paradox , °® A paper prepared for the conference °ß
Monetary policy in a world of knowledge - based growth , quality change , and
uncertain ... 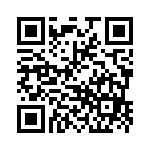