▓─ xxix ŁČ
A dramatist may be justified in making his characters completely hoodwink their enemies ; but he must , at first or at ... character is crafty designing , then Shakespeare has in the play of Richard II . kept the secret better from us ...
▓─ xxxiii ŁČ
To sum up , the salient points of Bolingbroke's character as revealed by the play of Richard II . alone , are self - control , quiet strength , and the power of quickly meeting a situation and profiting from it .
▓─ xxxv ŁČ
Possibly we may say that too much is made of Gaunt's character at the beginning of the play when we remember that he dies so soon . Nor can we deny that the number of developed characters in the play is a small one and the proportion of ... 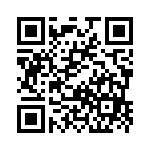