≤ń 55 ≠∂
Even he has much of the human being in him , though he behaves like a cad and a blackguard . Usually , Galswarthy analysing human character , finds much excuse for men as they are , though rarely for man's existence on earth .
≤ń 104 ≠∂
Apart from its philosophical content the work of O'Neill has great interest as a human document . He is depicting the passions and emotions of the men and women of New England , but his work transcends them and suggests the universal ...
≤ń 105 ≠∂
There is appalling knowledge of the seamy side of life and of human character at its lowest ebb in these plays of O'Neill . During his own wanderings all over the Americas and Africa he had touched rockbottom himself . 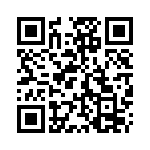