Kenneth T. Walsh has covered the White House since 1986 and has won the two most prestigious honors for reporting on the presidency. He is also the former president of the White House Correspondents' Association. The author of two books, Ronald Reagan and Feeding the Beast, he has served as adjunct professor of communication at American University in Washington, D.C., and is often a guest on MSNBC, Fox News, and other television and radio programs. He lives in Bethesda, Maryland. 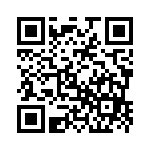