▓─ 101 ¡Â
You have every right to leave poor me , since there is no reason why you should love me . There is no mistaking the accents of sincerity in this fine sonnet ...
▓─ 259 ¡Â
Have I not seen those who hang upon appearances lose all by paying too much for complex expectations , forgoing simple tastes íX poor thrivers , utterly ...
▓─ 302 ¡Â
Poor soul , the centre of my sinful earth , . these rebel powers that thee array , Why dost thou pine within and suffer dearth , Painting thy outward walls ...

Alfred Leslie Rowse was a British author and historian. He was born at Tregonissey in 1903. He is known for his work in Elizabethan England and his poetry about Cornwall. He graduated with first class honours in 1925 and was elected a Fellow of All Souls College the same year. In 1929, he was awarded his Master of Arts degree, and in 1927 was appointed Lecturer at Merton College, where he stayed until 1930. He became a Lecturer at the London School of Economics. Rowse published about 100 books. He also became a celebrated author and much-travelled lecturer in the mid-20th century, especially in the United States. He also published many popular articles in newspapers and magazines in Great Britain and the United States. In 1963 Rowse began to concentrate on Shakespeare, starting with a biography in which he claimed to have dated all the sonnets. In 1973 he published Shakespeare the Man, in which he claimed to have solved the final problem the identity of the 'Dark Lady': from a close reading of the sonnets and the diaries of Simon Forman, he asserted that she must have been Emilia Lanier, whose poems he would later collect. He suggested that Shakespeare had been influenced by the feud between the Danvers and Long families in Wiltshire, when he wrote Romeo and Juliet. A.L. Rowse passed away on October 3, 1997. 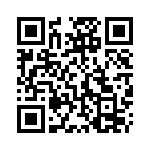