Standard gothic romance. Pippa and her sister have a happy childhood until their parents die. Than they go to live with their grandfather in a dark gloomy castle. The older sister runs off with the ... ‘ń∂ŃÕÍ’Ż∆ņľŘ

°įThe Judas Kiss°Ī intrigued me from the beginning with its great hook of an opening line: °įI was seventeen years old before I discovered that my sister had been murdered.°Ī The usual amount of suspense ... ‘ń∂ŃÕÍ’Ż∆ņľŘ

Eleanor Alice Burford Hibbert, 1906-1993 Eleanor Alice Burford Hibbert was born on September 1, 1906 in London England. She knew she wanted to be a writer at a young age, but wasn't published util 1947, with her book "Beyond the Blue Mountains." She wrote under the pseudonym Victoria Holt, a name she used for 90 novels. In the early 70's, Burford Hibbert added another pseudonym to her repetoire, writing the first volume of her "St. Bruno" series under the name Philippa Carr. She was still writing historical fiction under the name of Victoria Holt as well as yet another pseudonym, Jean Plaidy. She used the pseudonyms Elbur Ford, Kathleen Kellow and Ellalice Tate as well, although she did not write as much under those names. She wrote over 200 hundred novels during her writing career. In 1989, the Romance Writers of America gave her the Golden Treasure award in recognition of her significant contributions to the romance genre. Eleanor Alice Burford Hibbert died on January 18, 1993. 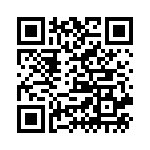