Geoffrey Chaucer, one of England's greatest poets, was born in London about 1340, the son of a wine merchant and deputy to the king's butler and his wife Agnes. Not much is known of Chaucer's early life and education, other than he learned to read French, Latin, and Italian. His experiences as a civil servant and diplomat are said to have developed his fascination with people and his knowledge of English life. In 1359-1360 Chaucer traveled with King Edward III's army to France during the Hundred Years' War and was captured in Ardennes. He returned to England after the Treaty of Bretigny when the King paid his ransom. In 1366 he married Philippa Roet, one of Queen Philippa's ladies, who gave him two sons and two daughters. Chaucer remained in royal service traveling to Flanders, Italy, and Spain. These travels would all have a great influence on his work. His early writing was influenced by the French tradition of courtly love poetry, and his later work by the Italians, especially Dante, Boccaccio, and Petrarch. Chaucer wrote in Middle English, the form of English used from 1100 to about 1485. He is given the designation of the first English poet to use rhymed couplets in iambic pentameter and to compose successfully in the vernacular. Chaucer's Canterbury Tales is a collection of humorous, bawdy, and poignant stories told by a group of fictional pilgrims traveling to the shrine of St. Thomas a Becket. It is considered to be among the masterpieces of literature. His works also include The Book of the Duchess, inspired by the death of John Gaunt's first wife; House of Fame, The Parliament of Fowls, and The Legend of Good Women. Troilus and Criseyde, adapted from a love story by Boccaccio, is one of his greatest poems apart from The Canterbury Tales. Chaucer died in London on October 25, 1400. He was buried in Westminster Abbey, in what is now called Poet's Corner.

Whittier, the Quaker poet, was a "man of peace" but also "the poet militant." While his nonconformist religion demanded passive resistance in the physical arena, he was vigorous in opposition to slavery and the enemies of democratic principles. Born near Haverhill, Massachusetts, and educated at local schools, Whittier became editor of several country newspapers and in 1831 published his first book, Legends of New England in Prose and Verse. This was followed by a number of volumes of poetry, nearly 20 between 1836 and the outbreak of the Civil War, but a literary life was not uppermost in Whittier's mind during these turbulent years. Having been drawn into the antislavery movement by William Lloyd Garrison and others, Whittier became one of the most effective voices in the fight against slavery through his poetry and other writings. He himself said that he "set a higher value on his name as appended to the Anti-Slavery Declaration in 1833 than on the title page of any book." It has been said that his Voices of Freedom (1846), raised in the cause of abolition, was second only to Uncle Tom's Cabin in influencing the public against slavery. Following the war, Whittier felt free to turn his primary attention from politics to other themes and matters in his poetry, most successfully to the New England folk life that he had known so intimately during his years in rural Massachusetts and which is reflected in Among the Hills (1869). Snow-Bound: A Winter Idyl (1866) is a long poem celebrating those rural values that Whittier had known in his youth but that were now vanishing before the industrial and urban forces that were transforming the American landscape and, some feared, character. In this, one of the most popular poems of nineteenth-century America, Whittier seeks in his personal past, as Robert Penn Warren pointed out, "not only a sense of personal renewal and continuity, but also a sense of the continuity of the new order with the American past." Other poems of high merit from these later years include "Abraham Davenport" (1866), the exquisite "Prelude" to Among the Hills (1868), and "In School-Days" (1870). 020 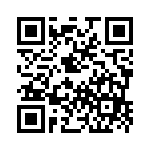