Ą┌41ę│
These points describe with some fullness the type of dramatic composition to
which Comus belongs. A comparison of this analysis with Milton's poem as a
whole shows how much its greatness depends on the use he made of the form,
how ...
Ą┌48ę│
Partly, perhaps, through the animus of controversy, partly through logical
necessity, these points of difference increased in number and apparent
importance. They began to appear in fields that had at first been quite remote
from the dispute.
Ą┌145ę│
936) as a preposition governing banks. 945. covert: thicket. Editors have noted
that the scene has changed from the palace (cursed place, ver. 939), but T. points
out that the Spirit may refer by anticipation to the covert, everyone knowing that a
... 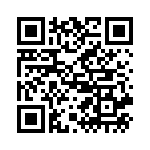