Morris Dickstein is Distinguished Professor of English at Queens College and at the Graduate School of the City University of New York. His previous books include Double Agent: The Critic and Society and Gates of Eden: American Culture in the Sixties. 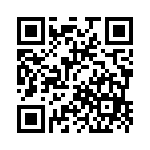