After the Bible, this is the best book ever written. It takes the reader through the lives of the patriarchs and shows how to be changed into the likeness of God. ĺ\Ň™ĶŻĹ◊•Ģ§Ś

Watchman Nee was a noted Chinese Bible teacher and Christian leader. He began his preaching ministry while still a university student. From 1923 to 1950 Mr. Nee founded 200 churches. Starting as small groups meeting in rented houses, these self-supporting congregations became very strong spiritually and grew rapidly. Nee concentrated on deepening spiritual life through intensive training in the Word of God. Nee°¶s rich spoken ministry influenced many lives. His literature ministry has preserved a large number of his sermons, resulting in the publication of over 50 books in English alone, and through these printed pages Nee°¶s impact and influence continues into this century. 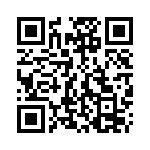