Sylvan Saul Barnet was born in Brooklyn, New York on December 11, 1926. During World War II, he served in the Army for two years. He received a bachelor's degree in English from New York University in 1948 and a master's degree in 1950 and a doctorate in 1954 from Harvard University. For the next three decades, he taught freshman writing and literature at Tufts University. He wrote or edited numerous textbooks including An Introduction to Literature, A Short Guide to Writing About Literature, A Short Guide to Writing About Art, The Study of Literature: A Handbook of Critical Essays and Terms, and Critical Thinking, Reading and Writing: A Brief Guide to Argument. In the early 1960s, he decided that his students at Tufts University needed an edition of Shakespeare with each play in a separate volume including an introduction and study aids. He presented the idea to editors at the New American Library. The editors approved of the idea and Barnet became the general editor of the Signet Classic Shakespeare series. He was the co-author with William Burto of Zen Ink Paintings, which was published in 1982. He died of cancer on January 11, 2016 at the age of 89. 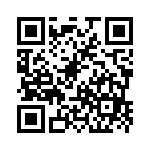