▓─ 89 ŁČ
It is clear from the historical record and from the context of this verse that the prophet was not speaking of a condition which then existed but had his face toward the future and spoke of a time when the children of Israel shall be ...
▓─ 211 ŁČ
It is clear from the connection that the sheep are scattered as a result of the smiting of the Shepherd . Since the nation was scattered in 70 A. D. , the Shepherd was smitten prior to that time . In every calamity , however , which God ...
▓─ 332 ŁČ
At the present date it is a well - known fact to all that throughout Christendom and likewise in the circles of reformed Judaism there is a clear and unmistakable departure from the clear , plain teachings of the Word of God . 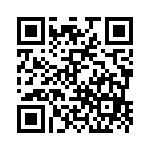