ēÄ 193 ­ķ
There were several lipton cup races and the race weeks of New York clubs with the annual regattas were in every way successful . So , that while some of the larger boats , particularly theschooners , were not raced , as the season ...
ēÄ 194 ­ķ
There were motor boat races during the season almost with . out number , and the field of activity extended from one extreme of the country to the other ... Race for the British International Trophy , Huntington Bay , August 3 .
ēÄ 243 ­ķ
243 AERONAUTICS IN 1908 --- Cominued , The principal event of the year was the third international balloon race for the James Gordon Bennett Cup , held at Berlin , Germany , on October 12 , which resulted in the breaking of previous ... 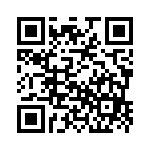