This is my first book by this author. He's a good writer but I might not finish the book. I'm currently in search of good thriller writers I have run out of John D. McDonald and Lee Child books. I've ... æ\≈™µ˚Ω◊•˛§Â

Loved this installment in the Thorn series and when I passed it along to the bartender at Nippers on Guana Cay, she gave me a couple free drinks! No library on the island and they love James W. Hall books! æ\≈™µ˚Ω◊•˛§Â

James W. Hall lives on the edge of Blackwater Sound in Key Largo, Florida, with his wife, Evelyn, and his dogs, Travis and Sofie. 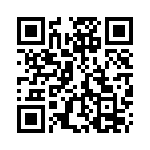