Published originally in 1776, this is the first book length study of political economy. But in addition to laying the theoretical groundwork for the field, it contains a lively account of economic ... Š\┼¬Ą¹Įūź■żÕ

A complicated, multi-layered, cognitive, and deep piece of work surrounding economics. Adam Smith denotes many different facets of the overall broad scope that he sweeps across. Hard to understand ... Š\┼¬Ą¹Įūź■żÕ

Adam Smith was one of the foremost philosophers and personalities of the eighteenth century. As a moral philosopher, Smith was concerned with the observation and rationalization of behavior. His encyclopedic description and insightful analysis of life and commerce in English society established him as an economist at a time when economics was not a recognized discipline. Today he is recognized as the father of the classical school of economics that included Thomas Malthus, David Ricardo, and John Stuart Mill. Smith's major work, The Wealth of Nations (1776), was the single most important economics treatise to appear up to that time. Although significant works on economics preceded it, it was truly the first of its kind. Smith was born in Kirkcaldy, on the east coast of Scotland. He enrolled at Glasgow University a the age of 14. After graduating from Glasgow in 1740, he traveled 400 miles on horseback to study at Oxford University. Oxford at that time was not the citadel of learning that it became in later years. As a result, Smith provided much of his own instruction while enjoying the vast resources of Oxford's library. Such independent work was not without peril; he was almost expelled when school officials found a copy of David Hume's Treatise of Human Nature in his possession. Aside from the lack of instruction, Smith was unhappy on a personal level. He was unpopular with the English students, as were all Scots at the time, and he suffered varying degrees of harassment. He also developed a nervous tic, a shaking of the head, that remained with him for the rest of his life. Oxford did little for Smith while he was there, and it ignored him long after he became famous. When Smith received an honorary doctorate in 1762, it was from Glasgow University. In 1746 Smith returned to Scotland and proceeded to give a series of public lectures in Edinburgh. These were followed by an appointment at Glasgow University. Smith was a popular teacher at Glasgow, despite his notorious absentmindedness and idiosyncratic behavior. He never could remember to wear a hat or a coat or carry an umbrella, and he was often observed walking about waving his cane while talking animatedly with himself. His first book, The Theory of Moral Sentiments (1759), a treatise on the formation of moral judgments by men who acted primarily in their own self-interest, became an immediate success. Five years after it was published, he left Glasgow to take a well-paid position as tutor to a young English duke who was about to take the customary grand tour of Europe. During his travels, he met and shared ideas with the philosopher Voltaire, the French economist Francois Quesnay, and the American scientist and statesman Benjamin Franklin. While on tour, Smith began work on a manuscript on political economy. This work appeared some years later as The Wealth of Nations. A tour de force, the book argued that the wealth of a country was the sum of the goods produced and consumed by its people, not the monetary wealth, gold, and treasures owned by the nobility. It also argued that society was guided as if an "invisible hand" directed the selfish interests of individuals toward actions that were in the collective interest of everyone. This process tended to be self-regulating. Competition and the profit motive combined to force producers to offer better products at lower prices and to allocate the factors of production to those activities favored by consumers. The Wealth of Nations addressed numerous other issues as well, including the division of labor, the determinants of price, the origins of value, the benefits of international trade, and even economic growth. Oddly enough, The Wealth of Nations was not well received at first. In time, however, it found an audience, especially among the merchant and manufacturing classes who found in it a moral justification for the enormous energies that society was devoting to commerce and trade. 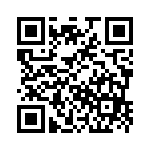