Diana Yeh lectures at Birkbeck College, University of London and at the University of East London. Formerly Sociological Review Fellow, she publishes on race, diaspora, migration and culture, and has presented her research on BBC Radio Four, and at institutions such as the Royal Geographical Society, the Wellcome Trust, National Portrait Gallery and Tate Britain. 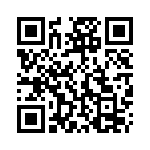