Gil Amelio was CEO of National Semiconductor before serving as CEO and chairman of Apple. He has been profiled in magazines such as Wired, Business Week, and The New Yorker. He lives in Los Altos Hills, California. Businessman Gil Amelio has written On the Firing Line: My 500 Days at Apple, a look at his successes and defeats as a CEO at Apple Computers. He also has written Profit from Experience: The National Semiconductor Story of Transformation Management.

Simon has been writing professionally for 30 years and has credits on some 800 published and produced works. 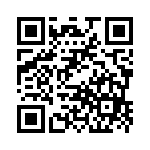