The story begins with the narrator's visit to a pair of brothers who were close friends of his during his school years. The older brother informs him that the younger one suffered from a mental ... ¥\┼¬Á¹¢ÎÑ■ñÕ

Very short story. Man studies Confucian classics, thinks people are going to eat him. There's a bit of a political metaphor. E! (Save the children!) ¥\┼¬Á¹¢ÎÑ■ñÕ

A writer, essayist, translator, poet, and literary theorist and critic, Lu Hsun was born in the Chekiang Province of an educated family whose fortunes were in decline. He went to Japan to study Western medicine, but he dropped out of Sendai Medical College in 1906 after seeing news slides of Japanese soldiers decapitating Chinese in Manchuria. He made a decision to cure the "souls" of his countrymen rather than their bodies and chose literature as his medium. Lu Hsun returned to China in 1909 and watched the progress of the 1911 revolution with dismay. His spirits were raised somewhat in 1917 when the magazine New Youth raised the banner of literary revolution. He joined the ranks of the new writers with his short story "Diary of a Madman." Several more stories soon followed, the most famous of which was "The True Story of Ah Q" in the early 1920's. In 1926, after one of many periodic bouts of depression, Lu Hsun traveled for a while in the south and then settled in Shanghai, where he was greeted as a doyen on the literary scene. However, although many young writers wanted to become his disciples, he had an ambivalent attitude toward them and often became bitter or angry when he disagreed with their theories. The League of Left-Wing Writers was founded in 1930 and promptly took him as their leader. But from the beginning, relations were quite strained, and, by the time he died in 1936, he was completely alienated from these men who would later sing his praises. The extent of Lu Hsun's work and his high standards laid the foundation for modern Chinese literature, and he is still considered to be China's greatest twentieth-century writer in the People's Republic. His stories are satiric, unflinchingly realistic, disturbing, and brilliantly crafted in tone and style. In addition to this rich legacy, he also translated a number of European works of literature and theoretical studies on art and literature into Chinese, and he helped to introduce modern art to China. 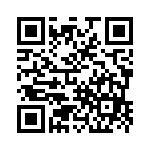