Get this book in print

What people are saying - Write a review

We haven't found any reviews in the usual places.

Other editions - View all

Margaret A. Boden is Research Professor of Cognitive Science at the University of Sussex. She is a Fellow (and past Vice-President) of the British Academy, and of the American Association for Artificial Intelligence (and its British and European equivalents), and a member of the Academia Europaea.
In 2002 she was awarded an OBE for services to Cognitive Science, and she holds a Cambridge ScD as well as honorary doctorates from Bristol, Sussex, and the Open University. Educated at Cambridge and Harvard, her earlier degrees were in medical sciences, philosophy, and psychology. 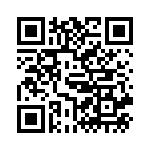