Daniel A. Bell is professor of political philosophy at Tsinghua University in Beijing. His books include Beyond Liberal Democracy: Political Thinking for an East Asian Context and East Meets West: Human Rights and Democracy in East Asia (both Princeton). He writes on China-related affairs for Dissent and the Guardian's Comment Is Free blog. 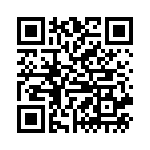